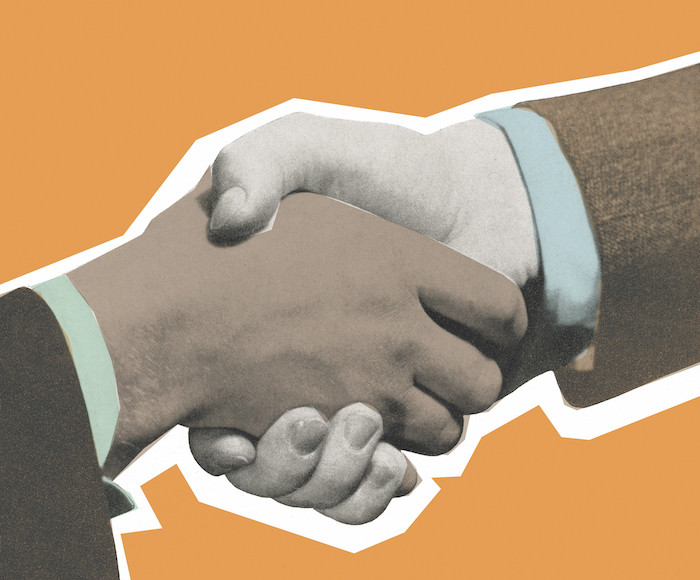 Intrigued by the reputation of Fernet as the “bartender’s handshake”, Mike Baxter set out to find what liquids bartenders around the UK actually favour today.

We’ve been for dinner, and now we’re out on the town. We’ve popped in for a few here and there, but we know, as is always the way, we’re going to end up at an industry joint. Somewhere they know your name, don’t mind putting on a stupid song for you and likely give you the ol’ bartender’s handshake on the way in.

Fernet is, of course, the most famous inside job – the drink of bartenders everywhere. And while I ain’t here to tell you how to shake your Margarita, I don’t drink Fernet. My tender little palate is too delicate – to me it tastes like a divorce, bitterness and regret all balled into one.

As someone whose first few years in catering were affectionately summed up by the term “Dishpig”', it took me a while to break into the bartender crowd. So when I finally got behind the stick, I was proud to finally be ending my shifts slinging drinks with the cool kids. Like most rookies on the bar I wanted people to know that I knew my shit (I didn’t). I’d often find myself on a barstool pointing at bottles I could barely pronounce and assuredly making an ass of myself to those who actually did know their shit. I would ask for complicated drinks like some sort of vodka-inflated peacock, slowing down service and surely annoying everyone.

Luckily, at some point I realised my idiocy and, while I’ll still happily poke around a decent back bar, I reserve it for a place and time. Of course, we all still love a great cocktail, but when Philip David (now of Distill & Fill) was asked to imagine a response to a bartender ordering a Smoked Manhattan on a busy shift his response was pitch perfect: “I’d hand them a pre-batch and a cigarette.”

So what are bartenders drinking? I decided to dig into the world of bartender boozing to see what the UK’s best booze slingers are throwing down their necks on a night out.

There are three cocktails it seems we are drinking, proving the classics never die. All three have three ingredients – etiquette, people. Tommy’s Margaritas are still a go-to for many across the country and easy to order even when the bar is deep. Liverpudlians claim an affinity with the Negroni on an industry night out. However, while the rest of us of course indulge in the Italian masterpiece occasionally, it doesn’t seem to have caught on as the standard evening icebreaker across the rest of the nation.

London has, for some time, been the domain of the Daiquiri. Here, every industry haunt better make a good one – you will be judged brutally on its balance and acidity and god help you if your well rum is weak and lifeless. Across the UK the Daiquiri is one of the top cocktails among industry peers and it certainly goes out as a “handshake” among my team – the GP and speed at which it can be served makes it well received on either side of the bar.

So how many bartenders out there are going out and drinking classy? Well, it seems not many. I did have some feedback that in some bars a welcome splash of whatever pre-batch is in the well is handed over, which sounds a lot like shot roulette to the gambler in me.

But overall, despite our fancy ways, we mostly drink simple. So it makes sense that the Boilermaker is high on the list among those we talked to. Manchester is drinking Hooch like it’s 1995 but the winner – the bartender’s handshake – seems to have been hiding in plain sight. From our survey, tequila is the most-ordered drink by bartenders showing up at the stick. Great tequila has it all – the requisite alcoholic punch, the big flavour and the terroir to get us talking.

So next time a friend wobbles up to the wood, get the Ocho ready and shake hands with your amigo.