Chelsie Bailey named head bartender of the American Bar at The Savoy
by Hamish Smith / 23 June, 2022 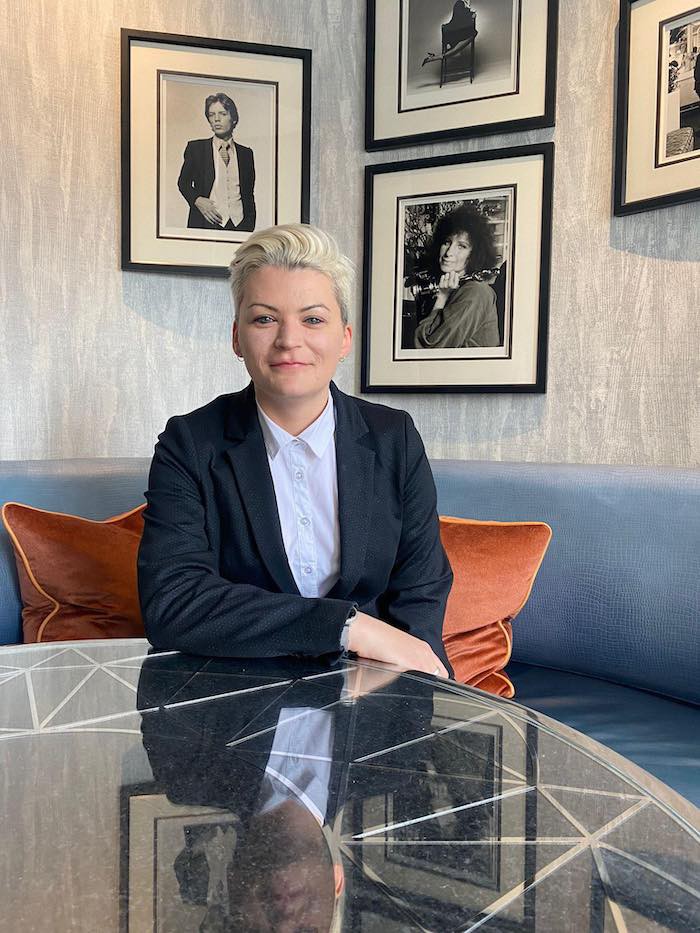 Chelsie Bailey has been named the 13th head bartender of the American Bar at The Savoy, Class can exclusively reveal.

Bailey, who has spent the last two and a half years at Happiness Forgets in Hoxton, London, takes on what is to many considered the the biggest job in bartending from July 19.

Bailey rose to notoriety in Bristol with stints at Red Light and Filthy 13 and after winning a string of cocktail competitions, including the UK title for Bacardi Legacy in 2019.

“I think every bartender starting out their career has thought about working at the Savoy," Bailey told Class. "I remember being 21 and buying my first Savoy Cocktail Book. Erik Lorincz was the head bartender at the time – I’d see him at bar shows and he’d be so glamorous. It’s the most famous bar job in the world and one I thought was unattainable. It’s only just sinking in.”

As only the second woman to hold the role since Ada Coleman almost a century ago, Bailey feels she will bring a new perspective to the role. “I’m quite different from anyone who’s had this position before, so I think I’ll bring a fresh outlook,” she said.

With the 2022 cocktail menu only recently launched this spring, Bailey is concentrating on building the American Bar team with bar manager Andrea di Chiara. “I’m proud of the teams I’ve built, from how talented, to how diverse they are," she said. "I’m quite a nurturing person. I’m looking forward to working closely with Andrea and building a strong team at the American Bar."

Anna Sebastian, consultant to the Savoy, said: "I’m really excited to have Chelsie onboard at the American Bar, which is truly a special place. It’s been a great pleasure to welcome her in and I’m looking forward to working with her over the next few months.

"The team here is exciting – it’s quite fresh, which gives a new energy and dynamic, without holding on too tightly to the past.”

Having been listed among The World’s 50 Best Bars from 2011-2020 and named the World’s Best Bar in 2017, the American Bar fell off the list in 2021. “It has always been one of the best bars in the world and I want it to get it to the point when it's everyone’s favourite bar again,” Bailey said.

Franck Arnold, managing director of The Savoy, added: “We’re delighted to be welcoming Chelsie to The Savoy and know that she and Andrea will make a formidable duo leading the bar. They share a genuine passion for hospitality, a creative spirit and superb attention to detail.

“But more than this, they are talented, inclusive leaders who will inspire and motivate their American Bar team. We look forward with them to an exciting new period in the bar’s history."