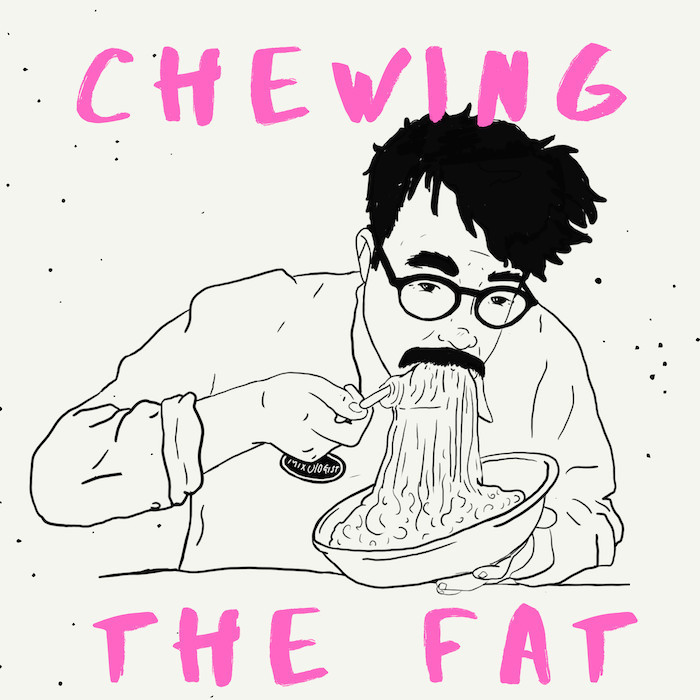 Recently, at an event I was contractually obliged to attend, a person I don’t know very well started talking to me about their “personal brand”. It was odd because I didn’t ask. I didn’t say: “Hello person that I’m tangentially aware of, can you please tell me in explicit and overly-familiar detail about the image you’re trying to cultivate for yourself?”. What I actually said was, “Those little cream cheese canapes are really good, I’ve had so many I think that the waiter is avoiding me.”

Now, contrary to the way I come across in these articles I try my very hardest to be polite and courteous in my day-to-day interactions. So as the waiter stalked my perimeter, I stood and listened politely, smiling where appropriate all the while silently wishing somebody would come along and pour liquid cement into my ear canal.

I’m not against the notion of a personal brand, it's the reason we have the Mr Lyans, Monica Bergs and Ainsley Harriotts of the world. Sidenote; only one of those names has a line of flavoured couscous available so I think you can guess my favourite. I suppose I just felt uncomfortable talking so openly about something so intimate with someone whose second name I didn’t know. The conversation ended when it was clear I had nothing to offer, which is a part of my personal brand I call being “achingly mundane”.

All of this brings me to the topic of Great British pub snacks. This particular genus of snack, your pork scratchings, Mini Cheddar and the heinous pickled egg has seen its brand relegated to the gutter for the longest time. Most probably because they are often associated with the kind of venues where you can get punched quicker than you can get served. I accept that any food that immediately brings to mind fruit machines, urinal cakes, damp beer mats and arse cracks can hardly be considered optimally appetising.

I think we can all agree that the most diabolical thing you can do to an egg is to pickle it. In the name of journalistic integrity, I sought out anywhere that served one. It wasn’t easy. Mainly because most of the stockists had a flagrant disregard for even the most basic forms of cleanliness, also one man who served me had a really long pinky fingernail which made me genuinely sad.

Another personal regret is that I now know first-hand that every pickled egg on earth is essentially vulcanised rubber that tastes like a sulfurous sour fart. I have to say that by far the strangest thing about this whole affair is how it was served. He gave an egg from a jar. I ended up with a wet egg in my hand. Just in my hand. An egg. Picture the scene; a grimey parlour bar; beams of sunlight cut through the Union Jack bunting and dust onto a man. He is sitting at a bar. He is sad. He has an egg in his hand. He is being served by another man with an unsettlingly bendy fingernail.

Something you should know is that I have very little self-control and if left unchecked will eat exactly how many of any given foodstuff is put in front of me. No more, no less. Slip snacks in front of me I automatically begin to eat. Unblinking and at a steady tempo. If you were to take that plate of snacks away, I wouldn’t protest, I wouldn’t notice. My hunger is automated. I worry it could seem eerie to strangers and passers-by witnessing a helpless fool essentially drown himself in cool original Doritos.

Evidently, I am highly susceptible to pub roughage. So, you’ll have to believe me when I say I had a particularly blissful couple of afternoons in the company of all snacks great and small. We’re talking Scampi Fries, pork scratching, Cheesletes, Mini Cheddars, Twiglets, salted and dry roasted peanuts, anything prefixed with the term "sweet chilli" and literally all kinds of potato-based snacks be it crisp, straw, pop chip or otherwise.

What can I say? That at its very core a singular pork scratching represents the coalescence of flesh and fat, it’s the exact essence of pork fried at violent temperatures like the most wonderous kind of metallurgy into golden briquettes of crisp, chewy nourishment? Because it is. Or that Scampi fries are bewitching regardless of the fact that they’re as closely related to anything that actually ever swam in the ocean as an inkjet printer? Because they are, my goodness they are.

As my blood cholesterol reached levels medical experts would consider “butter” I realised the broad appeal of these packet snacks, other than my pathological greed, is that you can split them down the middle like greasy origami. They are perfect for sharing.

Most visits to a bar are predicated around socialising and there is something remarkable, in the most banal sense of the word, about a group of friends sitting around mismatched pub furniture, arguing about something meaningless and sharing the savoury communion of a packet of lightly fried cheese nuggets. You couldn’t do that with a pickled egg.