Jim Meehan on Banks and the evolution of rum
by Sponsored Content / 16 March, 2022 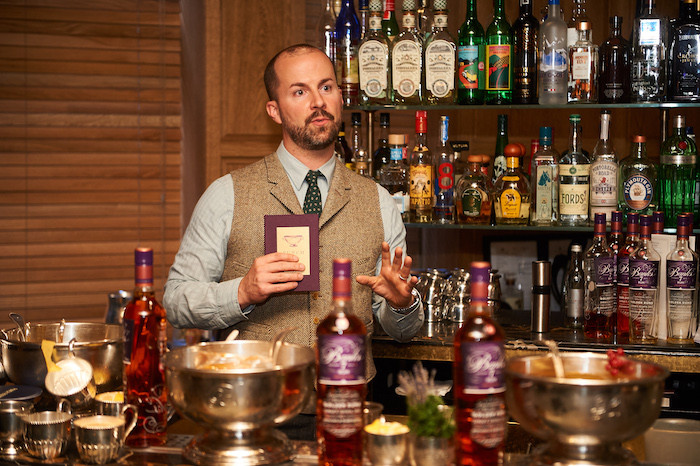 Class speaks to Jim Meehan, who recounts the early days of the cocktail renaissance and the spirits and cocktail landscape from which PDT and Banks Rums were launched.

1. Take us back to the rum market in the mid-2000s just as PDT and Banks were launching. What kind of products were there in the market and what were the rum cocktails that were being made?

In 2008, I met Banks co-founder R.J. Pellaton through a catering job PDT contracted for the cognac brand he was overseeing for one of the other founders, Arnaud de Trabuc. I joined the team of entrepreneurs that developed and brought the brand to market later that year.

At this stage of my career, vodka was by far the most popular spirit; but gin, tequila, whisk(e)y and even liqueurs and vermouths were ascendent. There were very few rums around other than Rhum Agricoles, which were just becoming popular in niche cocktail bars. The rum category remained commoditised, and rums were valued by many in the trade for their low price, rather than good character.

At this time - and even now to some extent - rum suffered from a sweetness problem as many consumers assumed all rums were sweet. This was valid, as many rums have an extra 10 or 20 grams of sugar per litre added which isn’t advertised.

There was also a character issue, as apart from Rhum Agricole and cachaça, most white rums had been formulated to compete with vodka for customers, which relegated most white rum cocktails to fruity resort drinks and cola.

As the cocktail renaissance kicked into high gear, classic rum recipes such as Cuban cocktails from the prohibition era, 19th century punches unearthed by David Wondrich, and tiki recipes from Jeff Berry were rediscovered.

At the time, there was very little rum to choose from that had the funk and flavour that these recipes originally relied upon. The aromatics from Jamaican and Bajan rums, the body from aged Trinidadian and Guyana rums, and the spice-like cohesion that Batavia Arrack supplies, made Banks 5 Island Blend perfect for these serves.

2. What was the idea behind Banks and what were you trying to achieve in the market?

By the mid-2000s, rum was the last base spirit category (vodka, gin, tequila, whisk(e)y and brandy are the others) to be taken seriously by consumers and the trade. There were some delicious rums available if you were a connoisseur and knew where to look, but rum was popularly thought of as something cheap for resort drinks or to mix with cola.

I sensed a huge opportunity that was nearly missed, as many brands continued to launch premium rum brands with a vodka strategy. Particularly with white rum, there was nothing as versatile and distinctive as Banks 5 Island Blend when we launched, so I was just happy to share it with other bartenders, awakening the spirits industry to rum’s potential.

3. What is the tradition of blending rums, and why does Banks benefit from this multi-island approach?

Banks is blended by E.A. Scheer, which has been sourcing and blending rums in the Netherlands for three centuries.

The British Royal Navy was once renowned for their blended rums. Sailors were sent off on navy vessels with their daily rations, which were blends of rum from various Caribbean islands. Following the abolishment of the daily dram in the 1970s, the blended rum category had all but disappeared from the market. 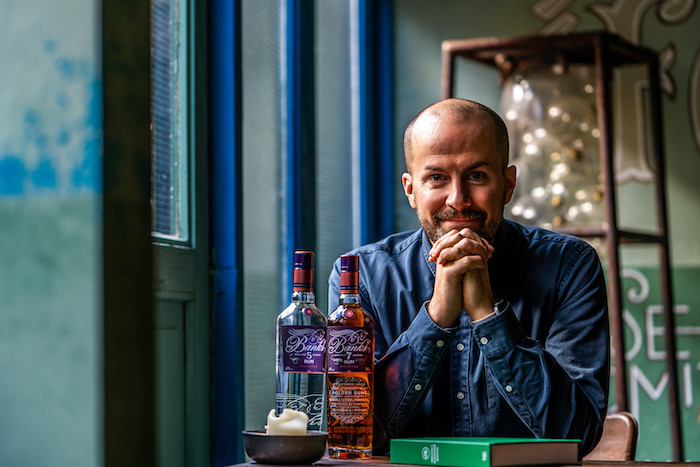 Banks 5 Island Blend and Banks 7 Golden Blend have brought renewed interest in the commercial practice, and what’s piqued my interest as a long-time bartender, is the number of bars that now formulate their own house blends from multiple commercial bottles, for their cocktails.

4. Tell us a little more about the Banks range - what do the expressions offer in terms of flavour profile and what cocktails showcase them best?

Banks 5 Island Blend always reminds me of green flavours such as green tea, honeydew melon, mint, and green banana. I spent the first few years showing off Banks 5 Island Blend in hand-shaken Daiquiris, but it’s so versatile that it’s also perfect in classic and contemporary cocktails from all over the world.

Its layered complexity makes it the perfect base spirit for tropical and tiki recipes that typically call for rums from multiple origins, and the Batavia arrack in the blend makes it ideal for classic five-ingredient punches. One of my favourite recipes with Banks 5 Island Blend is the Pink Flamingo highball, built with pink grapefruit soda and garnished with a lime.

The Banks 7 Golden Blend tends to remind me of orange and russet ingredients such as tangerine, papaya, tobacco, cacao and cinnamon. This medium-bodied rum has more aged components than Banks 5 Island Blend, distinguishing itself from other gold rums with its dryness.

There are less gold rum classic cocktails to choose from, but it makes a delicious Queen’s Park Swizzle, El Presidente and Royal Bermuda Yachtclub cocktail. I love it for punches with black tea, tiki recipes prepared with allspice dram, falernum or Don’s Mix and served as a highball with spicy fresh ginger beer.

This interchangeability is a testament to the versatility of each marque. Arnaud famously enjoys sipping neat with a cigar or on the rocks after dinner and we always used to quip that Banks was “a pity to mix” (for him) and “a shame not to” (for me).

5. How do you see the rum market evolving, in terms of styles of production and appreciation among consumers?

When Banks Rums launched, rum producers seemed to be stuck in the playbooks of other categories: vodka for white and flavoured, spiced rums or cognac for gold. Following the emergence of tequila as a distinctly Mexican spirit among consumer audiences, and mezcal amongst the trade, it seems as though rum has stopped looking out - as the agave-based spirits once did - and has begun to look within.

Now we’re hearing more about the traditions, history, and customs of each production region, and the category is diversifying. I see this diversification continuing among small producers and larger producers beginning to coalesce around quality rum production who are using less sweeteners and artificial flavours. It’s an exciting time to be in the category!