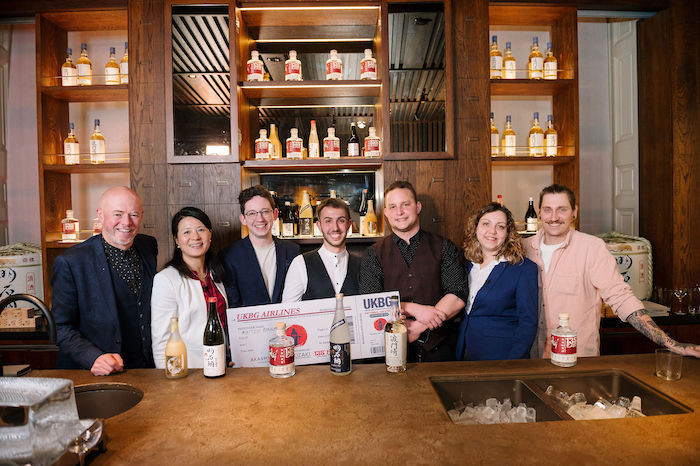 The UK Bartenders Guild has named Matteo Basso of the Malt Lounge & Bar in London the champion of its National Cocktail Competition.

Having made it through regional heats and the Grand Final, Basso will now represent the UK at the IBA World Cocktail Championship in Russia.

The final, which took place at the Prince Akatoki Hotel in London, saw 15 competitors from across the UK battle it out over multiple rounds for the title.

Competitors recreated their initial sake recipe submission, created a Gin Fizz recipe and took part in a customer service round.

The London-based bartender wins a trip to Japan, the drinks culture of which was a focus of the competition, in particular developing knowledge of sake, whisky and gin.

Gabor Molnar of the Pig on the Beach Hotel, Swanage came in second, winning a custom bartender’s kit, while Tom Kirk of Below Stairs in Leeds came third, taking home a set of Akashi Sake Brewery and Kaikyo Distillery products.