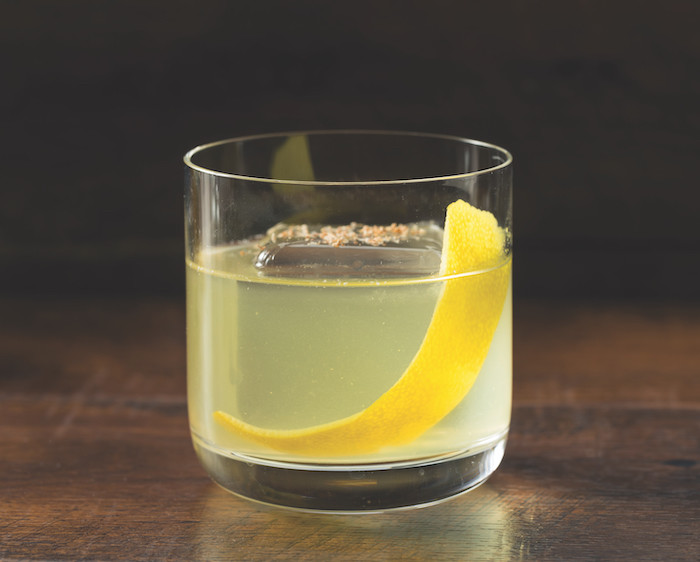 Jane Ryan unpicks the history of this English classic.

It’s not too often I get to start one of these stories in Britain, so tracing back this clear yet velvety-textured drink to its inception is a real treat, resulting in a story filled with plenty of eccentrics as only Britain can produce (including Charles Dickens and Queen Vic herself). Indeed, the enchanting history of the Milk Punch, often known as the English Milk Punch to denote it as the clarified version, begins in the 1600s, well before dear old Jerry Thomas put pen to paper. Most cocktails belong to the Americans. This one is ours.

Punch is very, very old, but since its birth people have been complaining about it. The French thought it was too strong, the Americans thought it took too long and they didn’t want to have to share their booze anyway, and everyone agreed it gave them horrible reflux. Too much acidity you see. Drop the amount of citrus juice in most traditional recipes, however, and you get a rather limp and insipid drink that’s all booze and sugar. The answer to this problem was discovered early on – add milk.

The result is a disgusting mess when it curdles, but strain it and you’re left with something of a magic trick. First, there’s the unparalleled texture, which is both viscous and creamy – all from a liquid that looks like water. More than this, the milk softens the flavours by removing phenolic compounds from the alcohol via the casein-rich curds, improving the overall cohesion of the drink. Most importantly for the 1600s, well before refrigeration, a Milk Punch is a stable liquid. Pop it in the cellar and it doesn’t go off – unlike actual milk or regular Punch.

Another treat of this story is that we actually have the name of the first genius to make one. Perhaps. There’s not a whole lot of evidence, but it is the 1600s and if we’re still squabbling about who wrote Shakespeare we’re not likely to be able to prove Aphra Behn invented Milk Punches. Here’s why we think it was her though: Aphra Behn was a playwright and one of her actors, John Bowman, told a historian of the time, William Oldys, that “the first person he ever knew or heard of, who made the liquor called Milk Punch” was Aphra Behn.

Mrs Behn wrote several plays, most of which are “Punch-sodden”, to use David Wondrich’s description from his book Punch. Here’s a little line of hers from the play The Widow Ranter: “Punch! ’Tis my Morning’s Draught, my Table-drink, my Treat, my Regalio, my everything.”

So she may or may not have invented Milk Punches, but she certainly had an affinity to the drink and contemporary sources link them together. The first written reference also appears in Behn’s lifetime, from William Sacheverell who took a walk on the Scottish island of Iona in 1688 and wrote about it, including a mention of Milk Punch.

We don’t get a recipe until 1711, from a housewife named Mary Rockett who had a little recipe book in which she kept detailed notes. It was unearthed in 1914, but what is remarkable about the recipe is that it is almost exactly the same as ones discovered in the 1860s. Milk Punch seems to have been agreed upon as tasty and little experimentation was done for over 100 years. This OG formula combined lemon rind-infused brandy with water, sugar and lemon juice before pouring in scalding milk and stirring till it curdled. Nutmeg was grated in and the whole thing was left to infuse for an hour before being strained through a flannel bag.

It isn’t an overnight success story, but come the mid-1700s the English Milk Punch is everywhere, particularly the bottled version. It seems takeaway drinks were a thing long before the great lockdown of 2020. Benjamin Franklin enclosed his own recipe in a letter to the governor of Massachusetts in 1763 and in 1838 Queen Victoria as so taken with the bottle Milk Punch from Nathaniel Whisson & Co that she named them Purveyors of Milk Punch to Her Majesty. Then, in 1870, bottles of Milk Punch were discovered in Charles Dickens’s wine cellar after the great author had died – and they were still in good condition.

This takes us right up to the time of the invention of the cocktail – that single-serve, quickly-prepared and just as quickly knocked-back drink favoured in the new, fast-paced world of America. It’s not as if Milk Punch didn’t make the pages of Jerry Thomas’s book – in fact, his recipe is incredibly flavoursome, with brandy, rum, arrack, lemons and pineapples, green tea, cloves, coriander, and cinnamon – but Punch as a style was being left behind, especially the lengthy task of preparing the clarified version. It seems rather sad now, to look back at what was an impressive culinary technique and wonderful way of making stable cocktails, that was simply abandoned. But not forever.

Around 2008 it starts a tentative comeback, landing on the menu at Eleven Madison Park shortly after. In London, the Punch Room at The Edition opened in 2013 with Milk Punches on the menu and in 2014 Dave Arnold’s Liquid Intelligence comes out, providing a step-by-step guide to not only creating the drink but how to pack it with flavour. We’d be remiss not to mention the 2016 article by Camper English that revealed a huge innovation in how bartenders were now making their clear cocktails – with cold milk rather than hot. This change meant the clarification process became more lengthy as hot milk curdles faster when introduced to acid, however the results were more consistent.

Having retaught themselves the basics of Milk Punches, bartenders had the freedom to get creative. We are now living in a world where cooking acids are sold in the supermarket and your flavours didn’t have to centre around citrus to cause curdling.

You can also introduce huge flavours that would normally throw off the balance of a regular drink, but in a Milk Punch these are tamed by the fat. In fact, a Milk Punch shouldn’t really taste nice before it’s washed and clarified – it should be too sour, or sweet, or bitter, knowing everything will come out softened.

It’s an incredible style of drink that combines scientific know-how with the visual appeal of a liquid that looks nothing like it tastes. Long may it stay on our menus again.

Make the cocoa rum. Seal a large zip-lock bag with the 140g cacao nibs and 700ml plantation dark rum. If your bag isn’t big enough, do it in batches. Cook sous vide for 30 minutes at 52°. Chill and strain through a chinois.

Make the Savoiardi milk. Crush 300g of lady finger biscuits then pour 1,500ml full cream milk over them, infuse for one hour then strain through a chinois.

Combine the following in a jug, stir to combine:

Now add 525ml of your Savoiardi milk, stir in gently to ‘mop up’ the curds. Leave it to split for 10 minutes and then strain through coffee filter paper into a bottle. Shelf life should last a year.

Pour into a chilled rocks glass over ice. No garnish.