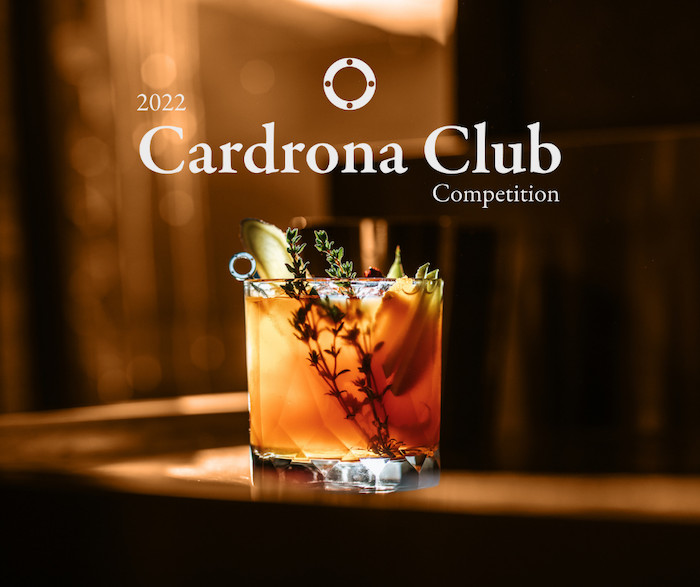 Bartenders are invited to create a signature cocktail with the Cardrona Distillery product of their choice, highlighting the unique nature of the spirit.

Twelve bartenders from 10 regional finals held across the UK and New Zealand will be selected to compete at the Grand Final in Cardrona in New Zealand in September 2022.

In Round 1 of the competition, bartenders are asked to apply via an entry form and post a photo of their cocktail on social media, using the hashtag #CardronaComp. The bar at which the bartender works must stock Cardrona's spirits to qualify.

Twelve bartenders per region (24 in London) will then be chosen in Round 2 to compete in the regional finals, before six bartenders from the UK and six from New Zealand are selected to contest the Cardrona Trophy at the Grand Final in New Zealand in Round 3.

The entry form and more information about qualifying criteria can be found here. Entry to the competition closes March 31st 2022.

Accomplished bartender and bar entrepreneur in Bristol. Owner of Her Majesty’s Secret Service & Filthy Xiii. Ben has consulted on and produced drinks for some of the top global brands. Through years of high level competing Ben has made appearances at bars across the globe from London to New York.

Having worked in hospitality around Scotland since she was 18, Sian finally opened her own bar in 2020 in the city centre of Edinburgh. Uno Mas focusses on music and cocktails until 3am, 7 days a week!

Dave, aka 'Drinks Enthusiast', has 15 years' experience in bartending, management and ownership, both in on & off-trade sectors. Not only does Dave have a brand agency, but he also owns Manchester Rum Festival and helps curate Northern Restaurant & Bar trade show.

Becky Paskin is a freelance drinks journalist, whisky specialist, presenter and consultant, and is former editor of leading online magazine Scotchwhisky.com and global trade title The Spirits Business. Becky is an advocate for breaking down cultural misconceptions about whisky, and is Co-Founder of Our Whisky.

Andrea Dionori brings a huge passion and wealth of experience to the drinks industry, combining full time commitment to his role in sales and purchasing at Milroys of Soho with multiple Brand Ambassador and drinks consultancy projects.

Will Meredith is Head Bartender at Lyaness (formerly Dandelyan, awarded no1 in the World’s Top 50 Bars) and an institution on the global bar scene, famous for its exceptional cocktail creativity and guest experience.