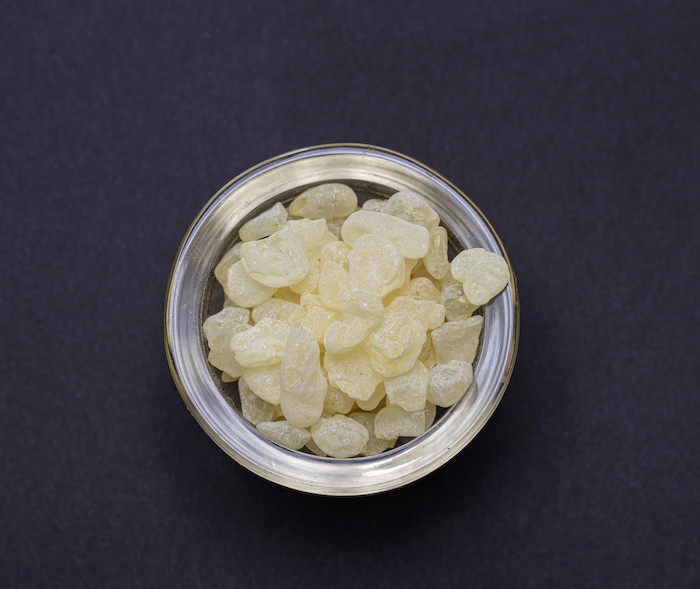 In the first of a new series on little-known liquids, Laura Foster sets her sights on Greek liqueur mastiha

A liqueur that’s made from the resin of the mastiha, or Pistacia Lentiscus, tree on the Greek island of Chios.

While these trees grow across the Mediterranean, it is only those situated on southern Chios, around the Mastihohoria (mastic villages) that it is made from. There are pretenders out there, often made with artificial flavours and aromas, so to ensure you have the real deal, look for the ‘100% Authentic Mastiha’ stamp from the growers’ association.

Unfortunately, there have been two wildfires on Chios in the last decade, with the 2016 outbreak in particular wiping out a significant number of the mastiha trees, which has had an impact upon supply.

In order to harvest the mastic, the trees are ‘wounded’ with an incision, releasing the resin, which dries into tear-shaped crystals.

The portion of these crystals destined for the spirit is then transferred to distilleries… and then things get a little blurry. Mastiha can be made using the crystals themselves, or an essential oil extract.

These ingredients can be cold compounded, or distilled, or a combination of both. The spirit used can be neutral grain or sugar beet. The size of the stills can vary. It does, however, have to be bottled in Greece.

Effie Panagopoulos, founder of Kleos, gives me a brief rundown of some of the leading products: “As far as I know, Skinos uses mastiha resin and sugar beet, and single distils in large industrial stills at a Metaxa distillery; Roots cold compounds the essential oil and uses sugar beet. Kleos uses neutral grain spirit and double distils in dedicated stills with the mastiha crystals.”

Despite its relative lack of profile in the UK market, there’s a surprising number of brands available, with focus on the higher-abv section of the category.

We’ve come to elegant Greek restaurant Mazi in Notting Hill, which sells more mastiha than any other venue outside of Greece. Co-founder Adrien Carre is keen to share his passion for this most underrated of spirits.

“The 20% is sweeter, and is great for cocktails because it replaces the sugar syrup in a cocktail. And then you’ve got the 30%, which is more like a digestif, but still quite sweet,” he says.

According to Carre, Skinos (30% abv) is the most popular brand. It has an earthy, sappy nose, with the sap translating on to the palate, accompanied by notes of icing sugar, hints of anise and numbing pepper.

Kleos (30% abv), founded by Panagopoulos, apparently the first Greek woman to start a spirits brand, has aromas of dill; cucumber and terracotta are also present on the viscous palate, alongside sweet, cooling peppermint, and a hint of warmth on the finish.

Part of a family of four spirits liqueurs, Roots’ Chios Mastic’s (28% abv) nose has an initially dusty, turmeric-style note, before fresher notes of cut grass and lemon sherbet sweep in. The really viscous spirit is a sugary bed of sweetness, with some hints of rose water and liquorice on the mid-palate before a slightly tingly anise and spearmint finish.

New kid on the block Axia (40% abv) is labelled ‘super dry’, and is made at the same distillery as Kleos by double distilling the crystals and not adding any further sugar to the result. It’s an elegant liquid, with notes of cedar, Black Jack sweets, white blossom, lemon and blackcurrant leaf and a whisper of sweetness in the background.

Mastiha shows great versatility being mixed. Its flavours are subtle yet carry through in a cocktail, without overpowering the drink.

“Watermelon, passion fruit, lime, lemon, cucumber, fig and strawberry are important components with mastiha,” says Carre. “We’ve mixed it with so many things over the years.”

The restaurant welcomes guests with a small mixed shot of mastiha, with the most recent offering seeing it combined with watermelon, lime and basil.

There’s also a short cocktail list, which includes the restaurant’s bestselling drink, the Tzatziki Martini, combining cucumber-infused Mavrakis mastiha, gin and lemon to make a cooling, grassy drink with rootsy anise wafting in at the end.

At the recent Axia launch at Tayer + Elementary, Alex Kratena and his team gave a masterful demonstration of the range of drinks it could be used in, from a refreshing and incredibly moreish Highball combined with orange blossom and soda; to an Old Fashioned-style serve with Linie aquavit, green walnut and coffee; by way of a Greek yoghurt-based number that mixed Axia with amontillado sherry, lemon, Yellow Chartreuse and white peach, served straight up. And then there were the shots dropped straight into a glass of Partizan Brewing Lemon & Thyme Saison, just for fun.

So dive into these liqueurs made from the ‘tears of Chios’ and find out just how versatile they are for yourself.