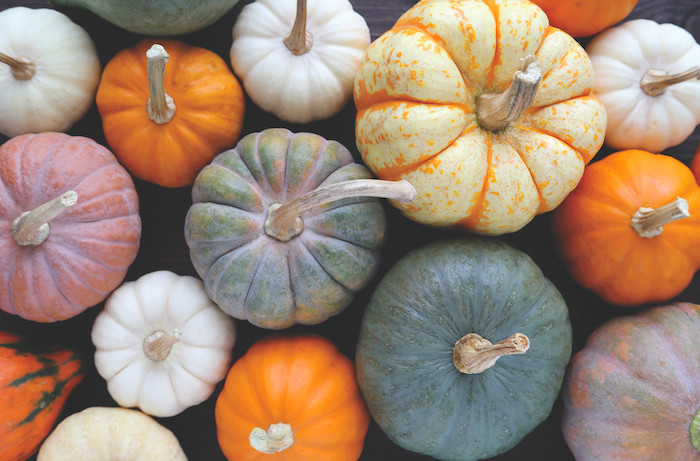 Anistatia Miller and Jared Brown share some suggestions for jumping on the pumpkin bandwagon to make the most of this perennial seasonal favourite.

We’ve been busy harvesting orris root, angelica, liquorice, lavender, marshmallow root, and other gin ingredients the past few weeks. Meanwhile, our pumpkins are getting bigger and bigger. Can they become drinks? Absolutely.

Pumpkin spice. You’d expect this flavour would have faded and died after the first year of pumpkin spice lattes hit the world. Wasn’t that about a decade and a half ago? Yet every autumn we see it re-emerge as sure as bubbly does around New Year. We’ve seen pumpkin spice doughnuts, then each year it pops up in new places. Budweiser just announced the launch of a pumpkin spice hard seltzer (unless you’ve been weathering the pandemic in a monastery, you probably noticed that hard seltzers are taking over the American RTD market). But it’s not exactly pioneering.

Safe to say, pumpkin spice is seasonally here to stay. There is a reason it has lasted and proliferated. It’s the same reason we have Chocolate Oranges at Christmas, while Creme Eggs and Peeps pop up every Easter. Some flavours easily become traditions. Pumpkins are icons of Halloween and of harvest time in general. They are among the most easily identifiable autumn foods. It’s only natural that consumers are receptive to the rich and sweet flavour represented by those orange fruits so often linked to happier childhood memories.

The origins of this flavour combination are circuitous. Pumpkins are native to North America – specifically northern Mexico and the southern US. However, pumpkin pie was invented in England after the plant was imported to Europe in the 1600s, before it returned to become one of America’s must-have Thanksgiving treats. (Did you know the term ‘pumpkin’ was bastardised from the French word ‘pompion’ in the mid-1700s?).

Spice up a menu

You can buy pumpkin syrups and bitters and liqueurs, but in drink – as always – fresh-made pumpkin tastes better in cocktails. However, most chefs will readily admit that canned pumpkin purée is indistinguishable from freshly-cooked pumpkin in most dishes. Regardless if you are a purist and go fresh or just want to play with this new ingredient before you commit it to your repertoire and test your theories with canned purée, you’ll find an elegant texture and creamy palate to spice up your autumnal menu.

Small pumpkins make great drink cups. The trick is to cut the top, scoop out the seeds, then roast them at 175°C for 10-15 minutes. And following that train of thought, baked spiced milk punch takes an acorn squash, cuts it in half, hollows it out, and fills it with milk, brown sugar, and spices. Then it's baked. It replicates beautifully for the ultimate pumpkin drink. Prep and roast the small pumpkins as mentioned before to make pumpkin cups. Bake for 10-15 minutes. Add 150ml whole milk, 25ml simple syrup or honey syrup (or 15ml maple syrup plus 10ml simple syrup), a cinnamon stick, pinches of nutmeg and ginger, then roast for another 15 minutes. Add 50ml rum, bourbon or Irish whiskey and serve warm. Be sure not to serve too hot if you are serving them with straws. Serve with a spoon as the pumpkin will be as good as the drink. Optional: use 100ml milk and 50ml single cream.

Back to harvesting the garden. Those walnuts are almost ready to be picked.