Inglorious isolation: why Covid-19 didn't pull us together, it pulled us apart
by Alex Taylor / 04 December, 2020 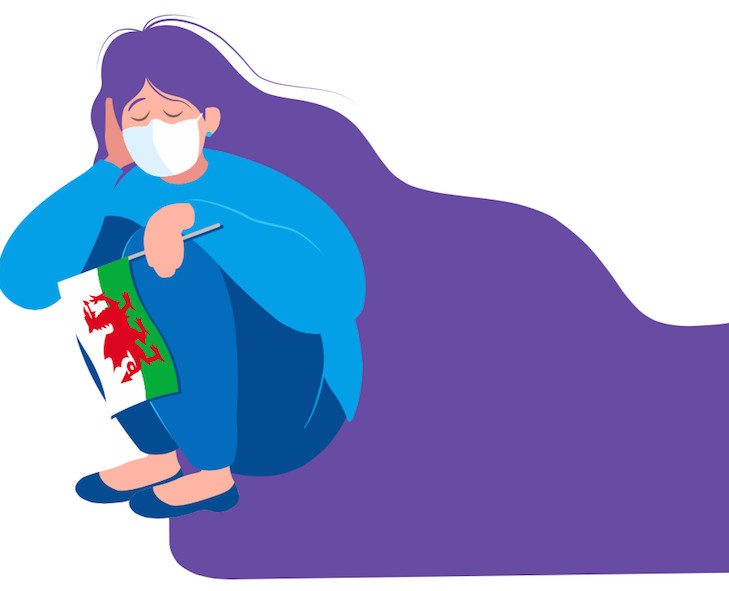 Pennyroyal was born out of a determination to bring Cardiff into the upper reaches of the UK’s world-leading cocktail culture. Being English, I always wanted my adopted city to integrate into the whole, for the UK bar industry to be seen as one.

I’m not alone. The Dead Canary and Lab 22 share this common goal – to raise standards, inspire others and improve connections with the rest of the industry. Our efforts to unify have been undone by the pandemic. It’s apparent in other areas of the UK too. Be it in the North of England, Scotland, Northern Ireland, government policy and our wider treatment has pushed us further apart. The infrastructure of the UK drinks industry – brands, media, distribution – have never felt less British and more English.

Let me tell you the tale of Welsh bars in the pandemic. The story starts differently to the rest of the country. After the first lockdown, we didn’t reopen until August 3, almost a full month after England. Immediately we were thrown straight into the chaos of Eat Out To Help Out. We had just a five-week stint of normal trading and, when I say normal, I mean the new normal. While England transitioned to 1m+ distancing, we remained at 2m – throughout the pandemic, there has been a sense of Welsh caution.

In September Caerphilly County entered localised lockdown. So, no mixing of households and over a two-week period customers from Cardiff’s surrounding counties were taken away from us. This trading purgatory – which London experienced for two weeks before lockdown 2 – lasted for six weeks. In the middle of this came the 10pm curfew. We battled huge losses in footfall and revenue. Like everywhere across the UK, the curfew is hugely damaging.

It’s worth saying that these restrictions and the ensuing financial pain came at a time when our case levels were minimal by the standards of the other side of the bridge. Wales had battled hard to stop the spread across the border into rural Welsh areas, which for a long period had kept the virus in check. Holidays in Wales brought more than holidaymakers.

We struggled through our trading half-life until 23 October, before entering a fire-break lockdown – but as we were out of step with English policy, we had to plead for the Job Retention Scheme to be brought forward a mere week. The Welsh government offered to subsidise it out of its own budgets but was blocked from spending its own money. If we felt that the UK government was devising policy for the English with scant regard for anyone else, it was confirmed by the reintroduction of furlough, which coincided with the second English lockdown. We were lucky enough to take advantage of this for nine days of our fire break. Then came December’s alcohol ban and the ensuing lockdown. 2020 was frustrating. Welsh policy has been cautious and strict – we reopened later and lockdowned earlier – but we have been let down by Westminster.

Since March 2020 we’ve managed little over two months of what you might describe as anything close to normal trading. We’re battered, bruised and pivoting so hard the whiplash is audible. I doubt anyone in our industry feels like they have been looked after by our leaders, but it seems to me the government only acts to protect those closest to home.

As a bar scene, a city, and a country, we’ve never felt more dislocated from England. And when you see that separatist politics are gaining ground in Wales day by day, it’s not a surprise. The idea of an independent Wales can’t feel foreign in our current, inglorious isolation.