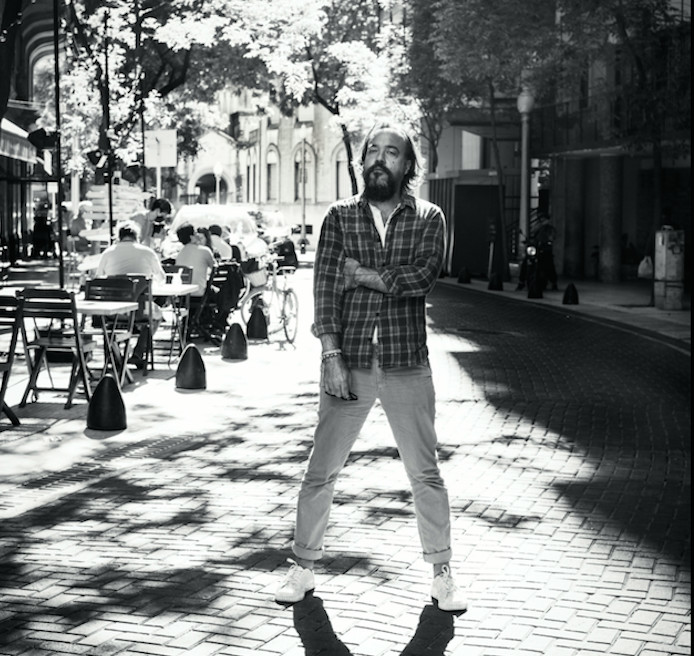 Tato Giovannoni is one of South America’s most decorated bar operators. Hamish Smith caught up with the Florería Atlántico owner in London at the site of his new Soho bar, which opens July 26.

Your first bar in London, Tato – how did this come about?

I’m working again with Argentine chef Fernando Trocca, who is very well known in Latin America. He is launching a London site of Sucre in Great Marlborough Street in Soho and I’m doing the bar downstairs, Abajo. I used to be the head bartender of Sucre in Buenos Aires, which opened in 2001, and I have worked with one of the partners, Zeev Godik, formerly of Gaucho Group.

So tell us about the bar?

Abajo means underneath, or underground. It’s inspired by the cultural changes that came about in the ’80s and ’90s in Argentina. Previously, during military rule, which ended in 1983, bars were mostly underground, hidden places, so Abajo picks up on the return of democracy in 1983 and the cultural movement when Argentina opened up. In this period – the first 10 years of democracy – there was new music, fashion, imported products and international films.

So how are you relating that background into the concept?

It was a colourful era – the tribes of punk, hippies and a new wave of culture combined at once. So, while the bar will be dark, the furniture, lights and cocktails will be colourful. We have a laser that crosses the entire floor, the colours of which we can change. The music, which will include live music and a DJ, will be Argentine from the ’70s-’90s and the European influence that we started to see return in the ’80s.

They will be named Something Blue, Something Yellow, Something Green and so on, and will be Highballs. For instance: Something Yellow will be made with tequila, Strega, banana, pollen, turmeric and tonic. Highballs are in fashion now but they also were in the ’80s and ’90s. We’ll have eight or nine Highballs, including our Champagne Cocktail and one Martini. So it’s a Highball bar but within that the cocktails will change every three to four months.

In Argentina, you mostly use local liquids – what’s the approach here?

We will be mostly working with Latin American spirits, including my own Apostles gin and Giovannoni vermouth. Upstairs in Sucre there is a bar which will draw on the Argentine heritage of drinking Spanish, French and Italian aperitivo – so lots of vermouth and apertivos. Upstairs the wine will focus on grapes imported to Argentina from Europe and downstairs we will sell three wines by the glass. But we are flexible – we want to be able to offer cocktails upstairs and the full wine list downstairs.

How have you managed this project from South America?

It’s been difficult to put a bar together remotely – I saw the venue just two times before Covid. I’ve just finished two weeks’ quarantine here. It’s been great to be here and oversee the site. It’s opening July 26, so we are getting close. It’s a different set-up to most bars, with the bar position inverted, with customers both in front but mostly behind the stations. There is no back bar, so customers will be able to approach bartenders, who will also be able to move easily around the floor.