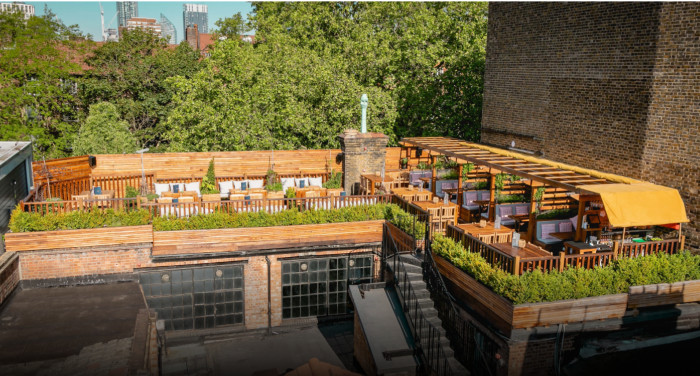 TT Liquor has opened a new garden rooftop with panoramic views of the City and East London.

The garden terrace has launched with a seasonal spritz menu, created by TT Liquor’s cellar bar team, that combines newly designed cocktails with classics. Local beers, cider & wine, selected by the team, as well as cocktails, will also be available.

It’s the latest extension to the Kingsland Road venue which already boasts five masterclass rooms, a street-level liquor store, and a subterranean bar.

The garden has been designed in collaboration with the award-winning Finnish landscape designer, horticulturist and environmental biologist, Taina Suonio, who in 2019 became the first Finnish designer at the RHS Chelsea Flower Show.

Suonio is a researcher at the University of Helsinki concentrating on environmental change and policy with regard to green roofs in urban areas.