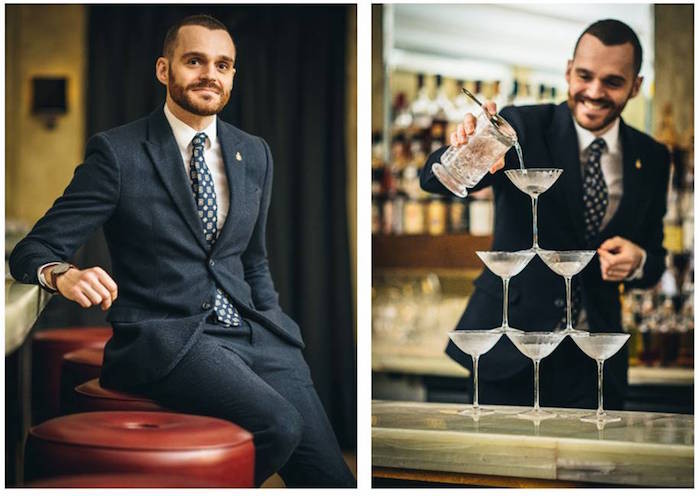 Nathan McCarley-O’Neill has been appointed director of mixology of Claridge’s in London.

Belfast born, McCarley-O’Neill has a hospitality career spanning more than 15 years across two continents, and was formely the bar director for Nomad Hotels (New York, Los Angeles, Las Vegas) in the US.

Prior to Nomad, McCarley-O’Neill was bar director of Make It Nice, overseeing beverage operations across its portfolio which included Chef Daniel Humm’s three Michelin-starred Eleven Madison Park in New York. He also worked as bar manager at Dandelyan Bar at The Mondrian, London.

In his new role he will work closely with the teams at Claridge’s Bar, The Fumoir and Davies and Brook and will oversee the opening of Claridge’s newest bar, The Painters Room, which is set to open this summer.

Paul Jackson, Claridge’s general manager, said: “We look forward to Nathan - an exceptionally talented mixologist - bringing something new to Claridge’s as we enter an exciting chapter for our bars. The Fumoir and Claridge’s Bar are often regarded as two of the capital’s best, and it will be wonderful to have him on board as we see the opening of The Painters Room, our first new bar in many years.”

McCarley-O’Neill said: “I am hugely excited to return to Europe and to take on this new challenge at one of the world’s most prestigious hotels. We have incredible plans for Claridge’s - working to elevate an already much revered offering to new levels."

This news comes as Claridge’s announces that it will publish its first cocktail book in October. Claridge’s: The Cocktail Book features "classic cocktails, original creations and modern libations" drawing on the history of Claridge’s.