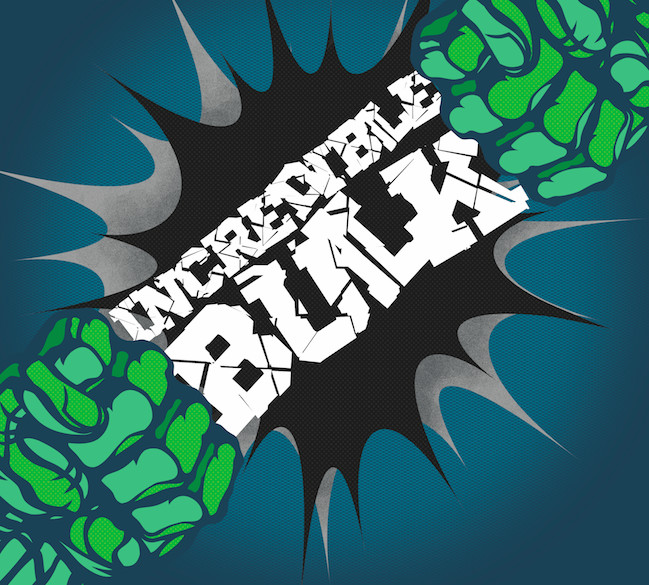 Bulk spirits could turn into big business as trends towards more sustainable practices continue. What, asks Lucy Britner, does that mean for the brands on the back bar?

Bulk is not a sexy word. But, thanks to a few sustainably-minded bars and producers, it is becoming a more attractive way to source spirits.

So far, only a handful of people are working with bulk supply and, while there are sustainablilty benefits, there are also concerns from spirits companies about what bulk distribution will mean for brand equity and quailty control.

The problem is, as sustainable practices seep into everyday expectations, those that don’t trade in bulk could risk being left behind.

“In the next five years, the bars at the forefront of the industry will be saying they don’t take bottles,” believes Rupert Holloway, founder of Dorset-based Conker Spirit.

Holloway says the scheme “reduces costs in terms of packaging and allows outlets to create bespoke products and their own bottles”, without the distillery having to get into custom bottling. Sounds like a win-win situation.

Holloway is also working on supplying his own Conker product in bulk, with a few tricks up his sleeve to keep the brand visible.

“Our bottles are not currently good for refilling as the paper label deteriorates,” he says. “We are looking at permanent labels, which will extend a bottle’s shelf life.”

And, rather than shy away from sharing the bulk concept with consumers, Holloway also talks about the possibility of supplying bars with
branded five-litre decanters. “In a way, you want to advertise that it’s bulk,” he says.

Adam Elan-Elmegirab, founder & director of the House of Botanicals, supplies a range of Old Tom gins and cocktail bitters in bulk. Vessels start at five litres for the gins, while they are more flexible with bitters, for obvious reasons.

He also believes brands can maintain visibility, though he says he would be happy for his brand not to be seen “if it meant that bartenders were pouring our products and speaking about how we are benefiting the environment”.

On the bar side, the team at Tayer + Elementary in east London is working with nine producers to source in bulk, including gin and aquavit from Northumberland’s Hepple, grappa from Nonino and a pilot scheme with Beam Suntory’s Maker’s Mark to test bulk containers.

“We source house spirits in bulk where possible because it is more sustainable, efficient and cost effective,” says T+E co-founder Alex Kratena. This includes streamlining stock control – “it’s really easy to stocktake the only gin you stock” – and carrying a small inventory with no “dead money” back-of- house, he says. Aside from T+E’s transatlantic trial with Maker’s Mark, bulk, for now, is largely seeing more localised success.

Elan-Elmegirab says supply is currently limited primarily to local venues. “We are looking further afield as people continually look to reduce what they have to recycle and waste,” he says, flagging benefits for sites with multiple bars, such as hotels, and operators who run a number of venues within the same locale.

In fact, reducing waste has another, financial benefit for bars that have to pay for disposal. Kratena, for example, says he saves money by producing less waste. He also explains that Islington Council has a new policy on commercial waste and T+E’s “innovative waste strategy hugely helped to secure our premises licence”.

Aside from waste, Kratena says using bulk supply means his space “doesn’t get polluted by the branding of others” – rather he uses his sourcing practices to help increase the venue’s own brand equity in the eyes of his guests.

He even says that having bespoke house spirits generates a “huge opportunity” for a bar to create its own alcohol brand – an additional revenue source.

The notion that bars may do away with famous booze brands and start their own lines has to be a big deal for drinks companies.

Speaking at a panel discussion on the future of the drinks industry earlier this summer, Bacardi global advocacy director Jacob Briars said the company is trying to “break away” from the 70cl bottle into different supply methods.

“It’s incredibly hard to do because alcohol is – and has been for hundreds of years – a regulated drug,” he says. The bottling industry sprang up in the 1870s “because no one knew what sort of bourbon they were drinking”, so brands started to be packaged in specific bottles.

“For us, we’ve got a history of needing to ship like that,” he argues. “To suddenly flip it round and say to a bar ‘here’s 10,000 litres of rum, just tell people it’s Bacardi’, that’s very, very difficult for consumers and brands to get their heads around.”

Creating a supply model that is totally different, and that producers don’t completely control, has “massive implications”, says Briars.

Despite his enthusiasm for bulk, Conker’s Holloway also says that keeping a check on how venues treat the product once it is out of his hands is a concern. “We’re probably looking at monthly deliveries,” he says, “rather than enormous containers.”

But the Conker founder also maintains that where craft has gone, big drinks companies are likely to follow: “The craft scene always filters through to the mainstream,” he adds.

For Holloway, bulk is part of the antidote to “so many brands and so much noise”, while Elan-Elmegirab believes the industry and drinks media should focus on brands, of all sizes, that are making an effort to benefit the world, “instead of praising the brands that spend thousands on a new bottle which comes packaged in a completely unnecessary gift box”.

Just as there is a trend towards simplicity in cocktail presentation, with the work happening behind the scenes, getting rid of branded bottles plays into the same, minimalist mindset.

And, while bulk supply is only one sustainability measure, its future is starting to look incredible.