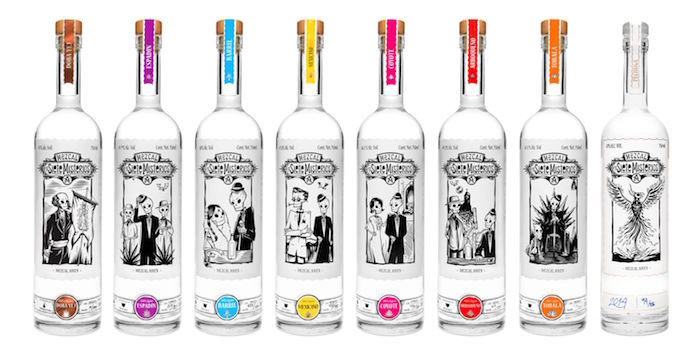 The parent company of Michter’s Distillery, Chatham Imports, has entered into a partnership with mezcal brand Los Siete Misterios, CLASS can exclusively reveal.

The 50/50 partnership – the first of its kind for Chatham - will see a capital injection into the Oaxacan brand to support its growth, with the team behind Michter’s marketing and selling the brand internationally.

Los Siete Misterios, which was founded in 2010 by Julio and Eduardo Mestre, offers mezcal made from copper pots (artisanal) and clay pots (ancestral) through its network of small-scale mezcaleros in Oaxaca.

The brand has seen healthy growth in recent years – distributing to 25 markets – with Canada, the US (New York), Italy, Spain, Mexico and the UK among its top-10 destinations.

The Doba-Yej (the indigenous word for Espadín) expression makes up 70% of the brand’s sales, competing with mixing mezcals such as Vida and Illegal Mezcal on the international stage.

Eduardo Mestre, co-founder of Los Siete Misterios, told CLASS: “Since the beginning – ten years ago – we have funded this project through our savings. Over time, we realised growth needed more than hard work – it needed investment. After hearing horrific stories of investment funds that have slowly taken companies away from their partners, we realised we didn’t only need money. We needed a partner who would help us with with funding but also guidance.”

Julio Mestre, also co-founder, added: “We always admired what Michter’s was doing worldwide – and we’ve known each other for a long time, so the relationship grew naturally.” 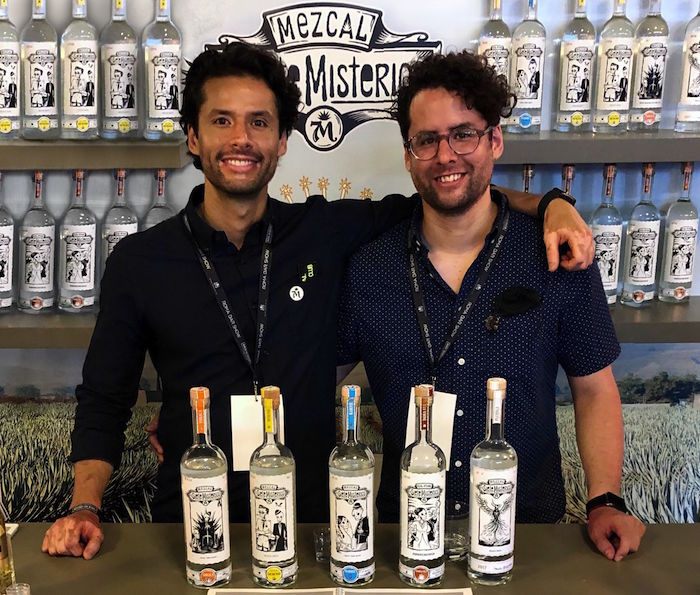 The brothers said the focus would remain on traditional mezcal but improvements would be made to the production process and yield would be increased. “We want to introduce new ways of working at our distillery as a model we can apply to the producers we work with so they can make the best mezcal possible,” said Eduardo Mestre. “This will enable to focus on production – Chatham will be our sales and marketing muscle worldwide.”

Los Siete Misterios has been establishing itself “very well” in the UK, where it competes with “many of the big mezcal brands”, but the partnership would “aim for an improvement” on the brand’s performance, with the hope to “become one of the top 10 brands”.

The strategy will see a continued focused on the high-end on-trade. “Bartenders have been very helpful and we want to continue to work for them – we are the brand we are because of them,” Eduardo Mestre said.

Matt Magliocco, executive vice president of Chatham Imports, told CLASS: “To me Michter’s and Los Siete Misterios dovetail perfectly. Los Siete Misterios has always had a great presence in top bars – we naturally gravitate to exactly the same account base, which is appropriately selective and demanding of their suppliers to deliver quality and knowledge. It’s going to fit seamlessly.”

Joseph Magliocco, president of Chatham Imports, added: “I started working at Chatham in the late 1980s and this is the first 50/50 partnership we’ve done. It’s not something we do lightly. Matt [Magliocco] knows Eduardo and Julio [Mestre] well but it’s a big leap of faith for them and us. We feel comfortable because they share the same passion for quality that we have – their approach to mezcal is very similar to our approach to whiskey. They pay tremendous attention to the details. When we tasted their mezcal, we thought it was outstanding."

Asked if the partnership would trigger more joint-ventures or acquisitions at Chatham Imports, Joseph Magliocco said: “I won’t say to you that we will never do another partnership, but we don’t have a plan to do more. We are a company with scarce resources – we’re not a huge multinational – we can’t do 12 things well at the same time."