The spirit the cocktail movement left behind
by Francois Monti / 02 March, 2021 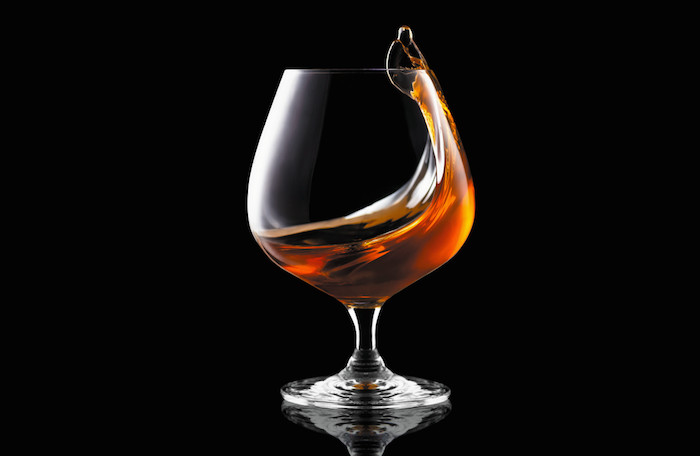 Most classic categories have benefited from the cocktail renaissance and the growing interest in craft spirits. Not so Spanish brandy, says François Monti

Pisco was once only used in Pisco Sours, cognac seen as a clubroom and fumoir drink, aquavit could only mingle with pickled herring, and mezcal, well, nobody had even heard of mezcal. How things have changed over the past 15 years: we are now celebrating great traditional spirits and embracing new (to us at least) and exciting categories – even expensive Austrian and German eaux-de-vie seem to find favour in bars. Somehow, one of Europe’s noblest spirits just can’t seem to get a break: who cares about Spanish brandy?

In essence, the problem with Spanish brandy can be summed up in one word: ‘rancio’. While spirits experts such as Dave Broom have taught us how understanding rancio flavours can add to our enjoyment of aged spirits, it’s in its true sense that the term seems to stick to Spain’s grape brandies.

In Spanish, rancio means ‘rancid’ or ‘stale’ and is not only applied to things that taste off – it’s also used to define outdated attitudes or thoughts. Or those that are downright offensive: imagine a TV ad in which a woman goes to see a psychic and asks her why her husband beats her up. In her crystal bowl, the clairvoyant sees it all: the woman really should serve her man a nice snifter of brandy when he gets home. Still available on Youtube, this all-too-real piece of late 1960s advertising was paid for by a Spanish brand. “It’s a man’s thing,” as another brand claimed at the same time.

Problems start in Spain. The category boomed in the ’50s and ’60s because the gradual opening of the economy by the Franco regime enabled working men to finally afford entry-level brandies – they would typically mix them with anis liqueur in a Sol y Sombra or coffee in a Carajillo – while the more expensive references became status drinks for the bourgeoisie. But as Spain turned its back on the dictatorship years, it also waved goodbye to the ‘manly’ drink of the time – something our clairvoyant presumably failed to see. Today, brandy still boasts healthy 10% of the Spanish spirits market – well ahead of vodka, incredibly – but it’s a far cry from headier days. And the average brandy drinker is no spring chicken either.

“Our challenge is to reach the newer generation,” says Javier Reynoso, global ambassador for Torres, arguably the brand that has done the most to bring some welcome dynamism to the category in recent years. “If you’re 25 to 30 years old and develop an interest in fine spirits, brandy is not what you’re gravitating towards.” Since, according to Reynoso, bartenders are trendsetters”, cocktails have understandably been a focus in order to attract new customers. And the infatuation of cocktail makers or chefs with sherry wines has also helped. After all, many Spanish brandies are solera aged – just like sherry – so even brands such as Torres, which are not from the so-called sherry triangle, have benefited.

In the triangle, things are slowly changing too. Brandy de Jerez is a Protected Geographical Indication and its governing body was set up in 1989, but it’s only last year that it started training dedicated brandy educators – finally catching up with cognac and sherry in that respect.

Since 2016, it has also been working with one of Spain’s leading bartenders, Juan Valls, to raise the profile of the category, in both on and off-trades. Until then, promoted cocktail recipes were straight out of the ’80s, while the recommended long drink was Brandy & Cola. And many still thought that, if drunk neat, brandy had to be warmed – a post- Spanish civil war thing, from when “food was scarce and there was no heating in most houses”, says Valls. “We still have to explain brandy should be enjoyed like any other quality spirit.”

Outside of Spain, brandy’s growth has also been hampered by the perception that it’s sweet and very oaky. Both Valls and Reynoso disagree. “It’s a ‘sunny’ brandy. If you compare it with cognac, the use of American oak barrels allows a lot of what is outside of the barrel to impact the brandy. It’s an expansive process, very Spanish,” argues the Torres ambassador.

“Of course, if you’re using ex-PX barrels, you’ll have sweetness, but traditionally producers use ex-(dry) oloroso casks and we’re seeing a lot of amontillado casks too,” adds Valls. Indeed, if tested, most would be much less sweet than many of the rums that have recently found favour with mixologists. This is likely to be a focus for Brandy de Jerez producers in the close future, as many are seemingly very frustrated with rum and whisky producers’ ability to capitalise on ‘sherry cask’ editions.

Spanish brandy is also sometimes seen as heavy, but Valls sees it as an advantage, especially in a cocktail context. “Dynamic ageing, inherited from sherry wines, helps explain the intense flavours. It’s a sturdy spirit: you can throw anything at it,” he says.

Unsurprisingly, given brandy’s flavour profile, coffee and chocolate-y things dominate the list of ingredients “thrown at it”, but Valls has had joy playing with tropical fruits – a pineapple oleo- saccharum, for example, “really opens up the brandy and brings out flavours you didn’t know were there”. Given how Spanish brandy has long been limited to twists on classic cognac cocktails when it hasn’t been plainly ignored, this opens up fresh perspectives for bartenders.

Spanish brandy still faces many obstacles on its road to renewed relevance. In spite of it all, the main players seem quietly confident and it’s not only a PR exercise. Most producers are currently focusing their strategy on Solera Gran Reserva brandies or equivalent, many of them aged for as long or longer than VSOP cognacs and which are considerably cheaper.

From José Andrés to Philip Bischoff, leading chefs and bartenders are finally embracing the category. And, while global sales are declining, the premium segment is growing. Spanish brandy may not become next year’s darling, but things are looking up. As Reynoso puts it: “You need time to make good brandy – being patient comes naturally.”