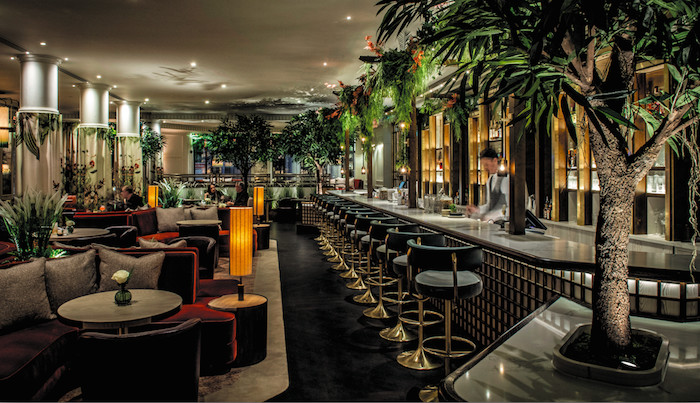 "When a man is tired of London, he is tired of life,” so goes the quote of 18th-century journalist Samuel Johnston. Some 250 years later, his words have lost little resonance. London is a city where something is always happening. Its bar scene is vital – blink and new openings can easily pass you by. Which is precisely what might have happened with Rockwell – one of the capital’s latest hospitality-world extravagances – had I not happened to pass it by first.

Just off Trafalgar Square in the grand building of The Trafalgar St James Hotel, Rockwell is billed as a destination bar. One wonders in a city of destination bars, if all can fit the description. But, judging by the 30-40 guests present at 7pm on an inconsequential Monday evening, Rockwell, just six months old, has already found an audience. A few steps in and you can see why.

Longifolia cabana trees arch around the entrance, exotic vegetation festoons the bar and columns are covered in muraled floral drapes. It’s an exotic, historical take on the pervasive and mostly predictable botanically themed bar. The theme segues into the book-like menu, which tells of a dozen cocktails and the story of the fictitious adventurer named Rockwell. 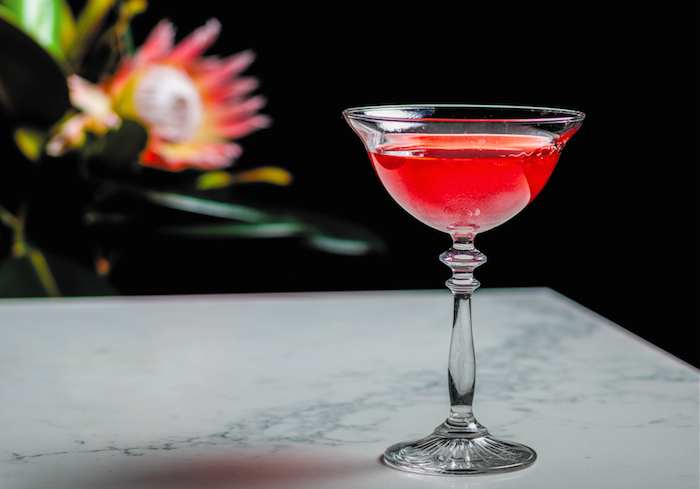 Brenda likes to close play with a classic. Her Old Fashioned was the most straightforward drink of the night – and the worst. In a hotel bar you would expect block ice, but as it was, the three or four cubes bobbed rather than anchoring the drink, as if coming up for air.

The drinks at Rockwell are not without faults, should you want to find them. But panning out to a broader perspective, this is solid drinks-making delivered in palatial surrounds at a reasonable price. So why the less than exemplary score? Service. From start to finish, it was a slow, stuttering, uncoordinated dance. Drinks were 15 minutes in our imaginations before lodged as an order. No one was checking back, no one was touching tables. Empty glasses were not cleared, water glasses lay unreplenished. Who was in charge, who was hosting? If that wasn't clear, the answer is no one.

Destination bar or not, everything starts with good service.