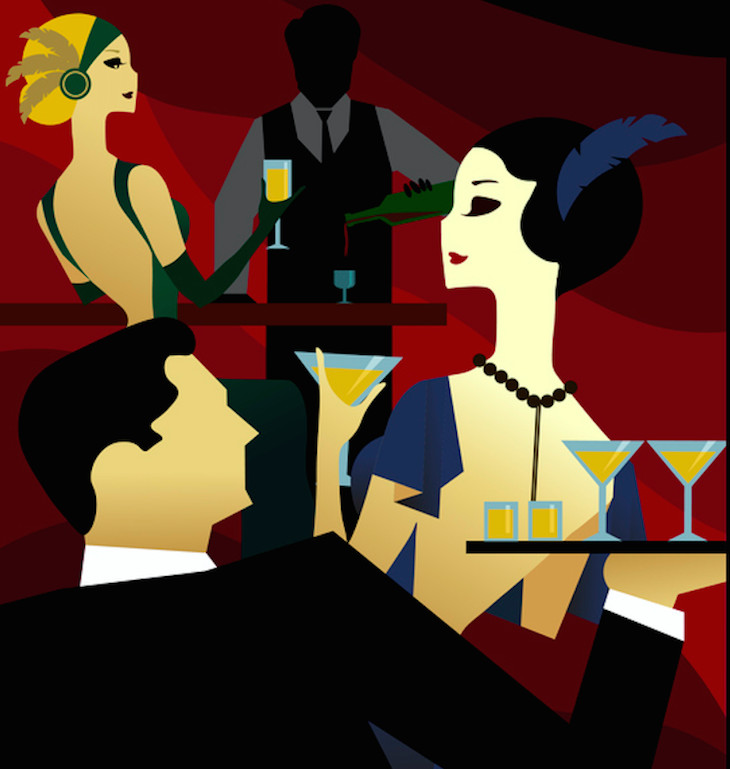 The last pandemic was followed by the Roaring Twenties. Could history be about to repeat itself? Oli Dodd says if conditions continue to align, it just might.

“Until we get a vaccine we have to rely upon careful treatment of the sick, keep away from crowds, and cover up the mouth and nose so that they will not spread the disease.” These words sound familiar, but were spoken by Surgeon General Rupert Blue during a testimony to the Senate Appropriations Committee on the 28th September 1918.

Since humans decided they should live together, plagues and disease have been as periodic as the social releases that follow them.

A century ago, countries already devastated by one of history’s most costly wars were hit with history’s deadliest pandemic. And what followed in the US was release - the Roaring Twenties.

“The Roaring Twenties were a return to normalcy in the United States. The economy was taken off of a war-time footing, returning to civilian production and many of the restrictions on free speech and free movement were removed,” explains Bradley W Hart, associate professor at California State University, Fresno and co-author of The Global 1920s: Politics, economics and society.

“There was a social loosening of morals and expectations, the first real sexual revolution of the 20th Century […] and it’s an era that I would argue is the first tech boom.”

The current situation remains dire, and while any thrill-seeking, free-spending, fun-having, post-Covid times seem a long way away, they are a realistic aspiration.

According to the Bank of England, UK households saved £125 billion last year, a figure expected to rise substantially further during the first half of 2021.

Coupled with a bored, locked-down public who can barely remember a time when Zoom quizzes cut it as entertainment, how reasonable is to expect a new generation of flappers and sheiks to throw on feather boas and take to the speakeasies, once safe to do so?

We saw signs of release in the summer of 2020 when restrictions were first eased. “We definitely saw a pent-up demand and desire to go out. The biggest restrictions to our ability to trade wasn’t consumer demand, it was the restrictions,” says Charlie Gilkes, co-founder of Inception Group.

“Every single policy hit us and still the customers came. I saw the consumer raring to go and do what they were allowed to. People were still asking in December if they could organise their office Christmas party.”

These stories are familiar throughout the bar industry, with customers eager to return to a version of normality.

“One of the things we’ve learnt from this virus is the importance of human interaction, especially having been forced apart,” says Rosie Stimpson, director of Speakeasy Entertainment, who had just finished a fit out on Swift Shoreditch when the lockdowns hit. “I am optimistic that the human need to be together will draw people back.”

In the 1920s it was the American youth whose salad days had been stifled by conscription and epidemic, who were the market movers.

“By the time we come out of Covid, there will be an entire cohort of young people that haven’t had young people experiences. They haven’t been able to go to the pub, university students have been cooped up in their accommodations or learning online,” Hart tells Class.

“There’s going to be a lot of pent-up interest in entertainment and the hospitality sector when we get out of this and it’s the same thing, we saw in the 1920s.”

And as a nation of people suffer the toll of lockdowns and illness, the carrot of freedom is important.

“Mental health and socializing are key factors, and many are looking to reunite with their friends and family, with one in four Brits extremely concerned about social restrictions that prevent them from seeing their loved ones,” explains consumer analyst Carmen Bryan.

“A further 21% of consumers are extremely concerned about their mental health under the currently circumstances, with this reaching a third for millennials. This will surely serve as a driver for more casual out-of-home occasions when pubs and bars reopen.”

When the US emerged from the austerity and adversity in the 1920s, many enterprising folks found prospects. Cities experienced enormous urban development as a result, and for the first time more Americans lived in urban areas than rurally, forced to relocate in search of economic opportunity.

“There are going to be niches that come out the Covid epidemic that entrepreneurs or established players may be able to take advantage of to great profit,” predicts Hart. “And we’ll see that in hospitality, companies that are able to provide safe experiences stand to profit greatly.”

When Rosie Stimpson founded Speakeasy Entertainment the world was amid another economic disaster. “One of the parallels we draw is the fact that we started our businesses in 2008, they were incorporated in 2008, opened in 2010 just after the last economic downturn,” says Stimpson.

“Lots of people were asking why we were doing this now, it seemed crazy, but we betted on the idea that when prohibition is around and times are tight, people still spend money on going out.”

While a repeat of the Gatsby-esque excesses of the 20s is something we can cross our fingers for, the era should also act as a cautionary tale.

Irresponsible and widespread speculation into the stock exchange ultimately resulted in the Great Depression of the 1930s. If that sort of economic heart attack seems otherworldly, there could be modern-day equivalents.  The “meme stock” trading of GameStop shares has been painted as a David and Goliath story of democratised trading, but it also acts as a reminder for how volatile the market can be.

The UK didn’t have a Roaring Twenties. In 1925, Winston Churchill, the newly appointed Conservative chancellor of the exchequer made the decision to return Britain to the gold standard (a system in which currency value is pegged to gold). The result was deflation and mass unemployment, and an already war-battered economy was rendered unable to recover. With the UK now in the flight of its own controversial economic manoeuvre in Brexit, the pressure’s on to stick the landing.

But, for all the uncertainty, the vaccine rollout gives us hope of a brighter future. “I think it will take a year or two to get to the right conditions,” says Hart, “but If we can come out relatively cleanly it is very possible that we will have a Roaring Twenties in the latter half of the decade.”