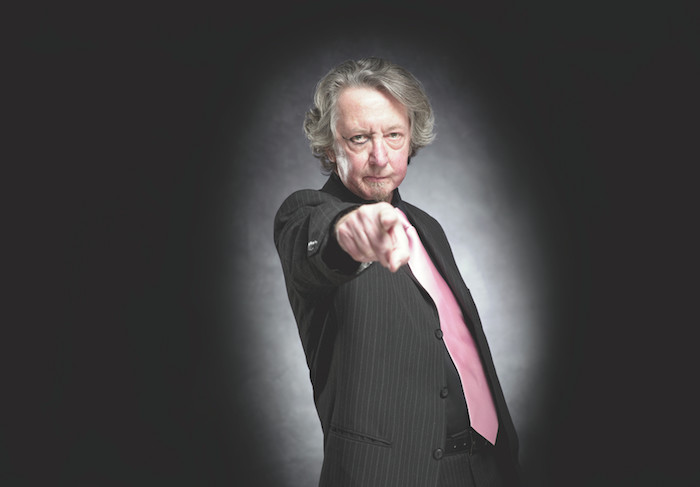 Hamish Smith pays tribute to one of the true legends of the bar industry, who sadly passed away.

Gary ‘Gaz’ Regan (1951-2019) passed away on November 14, 2019, aged 68, due to pneumonia and complications with cancer. Through his bartending and writing, Regan was considered a legend of the modern bar industry.

A leading actor in the global renaissance of the cocktail, Regan was born in Blackpool and worked in his family’s pub before emigrating to the US in the 1970s. His bartending journey took him through many New York bars – the North Star Pub, Drake’s Drum, Ichabod’s, Rathbones and, in his words, “various other questionable hostelries”.

He was best known for his seminal book The Joy of Mixology and his signature finger-stirred Negroni. He was someone to take seriously and to not.

Regan found his niche when it became apparent that not only was he a skilled bartender, a raconteur with a warm sense of hospitality, but he was one with a flair for writing. His articles were included across American publications and his first book, The Bartender’s Bible, was published in 1991, and between 1995 and 1998. Together with Mardee Haidin Regan, he co-wrote The Book of Bourbon and Other Fine American Whiskey, The Bourbon Companion, New Classic Cocktails and The Martini Companion.

The Joy of Mixology, published in 2003, was Regan's most influential work, which was followed by The Bartender’s Gin Compendium in 2009, and The Cocktailian Chronicles in 2010. Three editions of his Annual Manual for Bartenders have been published since 2011. Regan’s 101 Best New Cocktails, published annually, was a compendium of global cocktail recipes which underlined his appreciation of, and respect for, young bartenders.

Into his sixties, Regan could still be found behind the bar. He was The Dead Rabbit’s ‘bartender emeritus’, pulling a regular two-hour shift in the former World’s Best Bar’s Taproom on a Monday, making his own drinks, including his ‘finger-stirred Negroni’.

Among many writing accolades, Regan was awarded the Lifetime Achievement accolade at Tales of the Cocktail Spirited Awards in 2012. Though his published work on cocktails brought weight and momentum to the renaissance globally, Regan’s heart was in hospitality. Among many quotes that live on in posterity are: “Good bartending is nothing to do with making drinks” and “The job of the bartender is to make sure people leave feeling better than when they came in.”

In an industry that celebrates drinks-making over hospitality, Regan’s crafted one-liners make compelling counter-arguments. They, as his books, his warmth, mindfulness and playful sense of humour, are his legacy. He is survived by his wife, Amy Gallagher.

In the words of industry figures

David Wondrich, author: "Gaz was cheeky when you wanted cheeky, and especially when you thought you didn’t but it turned out that, deep down, you did. He was thoughtful in the same way. You’d be joking around about something serious and then he’d let it get serious, because that’s part of life too. Mindfulness for him was more than a buzzword; he really gave you, and the moment you were sharing, his undivided attention. You don’t realise how rare that is until you experience it. I’m sure others will mention what a fine writer he was and how skilled a cocktailian. All true. But, goddamn, he was fine company and that I will miss most of all.”

Jim Meehan, author/consultant: "We’ll all remember Gary for his writing and Gaz for being the life of every party, but I’ll remember him for his boundless curiosity, always sourcing new recipes from up-and- coming bartenders outside mixology meccas, to always asking me how my family was doing when we were together. Gary – he’ll always be Gary to me – was thoughtful, tender and relentlessly positive. Our industry is more mindful and inclusive because of him.”

Julie Reiner, Clover Club: "So many fun times and great memories with you Gaz. Rest in peace, you will be so missed.”

Ian Burrell, global rum ambassador: "His spirit knowledge, enthusiasm, passion, drive, willingness to share information and love of cocktails will always be an inspiration to me and many others.... I shall stick my finger in my next Rum Negroni in honour of you. Rest in eternal peace, and don’t give some of our colleagues up there any grief for not using your bitters.”

Philip Duff, consultant: "Gaz made fun of almost everything that everyone else was being serious about, but was very serious about that which others were neglecting – namely, fun. In later life this became a focus on happiness, living by example and being present in every interaction. Gaz lived a full life and used his influence to lift others up and invite them to the party. He has left us, but his message will endure: send love out into the world, and don’t be a dick.”

Anistatia Miller & Jared Brown, authors: "No one is truly gone who lives on in the hearts of those whose lives they touched. Over the years, Gaz spoke a lot about kindness and compassion and positivity. Other people do that, but he went further than pretty much anyone we know to live those words. ‘The job of the bartender is to make sure people leave feeling better than when they came in’ – Gaz left a lot of people feeling better than when he came into their lives.”

Audrey Saunders, bar owner: "We have an overflowing treasure chest of memories with you Gaz, each one such a gift, some laced with wisdom and insight, others filled with song and laughter. A joyful dram here and a playful dash there old friend, they broke the mould with you. You brought us light, Gaz. Ta muchly.”

Dave Broom, author: "Farewell you old trickster. Thanks for the endless laughter, the drinks, the answers and your abiding love of this bunch of misfits who make up this world of drinks. You taught us how to serve. I’m sure god won’t mind your finger in her Negroni. Love you.”

Simon Ford, Ford's Gin: "Gary always put people first. He saw the human side of people and always preached that the most important thing we should be doing is making others happy. To Gaz (if you’re still listening) – you had a good life and you shared so much and inspired us all. I shall miss you my friend. I hope you will find a good curry and a good pint up there.”

Sean Muldoon, The Dead Rabbit: "Gaz showed up for life every day, and made you want to do the same. That made him great company and an even greater friend.”