Why fortifieds are the spirits lover's wine
by Joe Wadsack / 11 January, 2021 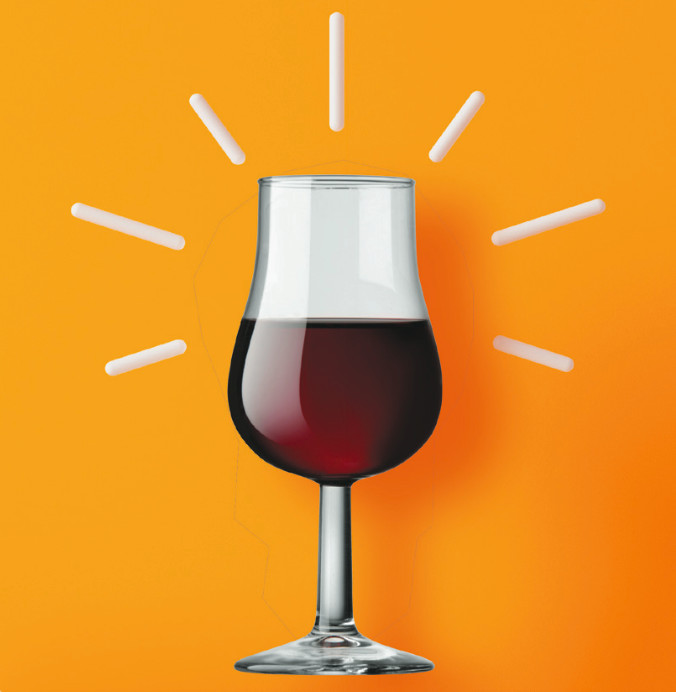 Go on, you deserve it – buy yourself a bottle of something special this winter. If you switch your attention from spirits to fortifieds, 30 or 40-year-olds don’t have to cost the earth, says Joe Wadsack

The weather outside is frightful, and as I write this, it's becoming clear that families will be able to reunite for the holiday festivities. I’m not prepared to specify which religious holiday it is, because, to paraphrase Kevin Bridges, if there is indeed a god, after 2020 we can fairly safely say that he is in over his head.

However big your bubble, it will be intimate time, re-watching old movie classics and, for want of something more exceptional, a shared special bottle or two. So what should we be spending our money on this Christmas?

Regular readers of this column will know of my love for fortified wines, and you may have read about how relevant and useful various examples are to the shrewd bartender. But this is the time of giving, drinking and enjoying, and nothing tastes more Christmassy than a beautiful glass of aged sherry or port. The fact is, the flavours of old wine are tremendously similar to those of wood-aged spirits – stands to reason really.

After anything upwards of 50 years in an oak cask, the predominant flavour is going to be that cask, no matter what you put in it. To this end, if you haven’t dabbled in the delectable world of fortified wines, and you have a real soft spot for old whiskies or brandies, I’d wager you will discover you have been missing out.

A 40-year-old Taylor’s Tawny port is a very fine and delicate thing indeed, but you may baulk at the £110 price tag. But think about it – if it were a Speyside malt you would at least have to add a zero to that number. But OK, things are tough, you’ve probably spent a decent chunk of the year on furlough and without tips. How about a half-bottle of old sherry from one of the greatest sherry producers on the planet? £28.50 buys you a half-bottle of 30-year-old amontillado from Bodegas Tradición. Although little known, and only recently started ageing its own sherries again, the company is very old. I have seen a hand-written cancelled order in its accounts department from Samuel Pepys, because fire had broken out in London... Like any good liquor, a little of this goes a very long way.

In this lovely publication, I have covered all styles of sherry – young to old, dry to sweet – and I have discussed port wines and even Madeira at reasonable length. So what else is there? What other, beautiful, obscure and liquorous wonders might I recommend that you indulge in with your partner or your best friend this festive season? Here are a few ideas.

Little do many people know that after port and madeira there is yet another scintillating fortified wine in Portugal that is well-known on the domestic scene, but rarely discussed in the UK. It is made almost exactly like tawny port and is available both in its gloriously aromatic youth, offering almost laughable value, or can be found after decades of veneration in oak barrels. I am talking about Moscatel de Setúbal (That’s pronounced Shtoo-Bal). You can buy a half-bottle of the moreish, mouth-watering, grapey Alambre 2017 for a piffling £8 online from Waitrose Cellar. Or, for something a little bit more special, you might perhaps prefer Bacalhôa’s Moscatel de Setúbal Reserve, which has been aged since 2003 in old malt whisky barrels. It even has a tickle of peat under there somewhere, among all the figs, apricots, Earl Grey tea and marmalade. It is imported by Ehrmanns Wines if you wish to explore further.

France is no stranger to the making of port-style sweet wines, despite their relative obscurity. Here they are known as Vins Doux Naturels, or VDNs. This means wines of natural sweetness, because they are just that, made from very sweet grapes that have barely had a chance to start fermenting before a ton of colourless brandy is added, preserving all that sublime syrupiness and, more crucially, freshness. A couple of the finer examples are world-renowned.

First, you have Muscat de Beaumes de Venise, an impossibly floral and sensual white dessert wine from the Rhône which has no peer when matching with strawberries or Christmas pudding. There are two good reasons to buy it right there. For a more Setúbal-like experience, similar wines from the other side of the country are aged in a mixture of glass demijohns and wooden barrels to produce the sublime, seamless and delicate Muscat de Rivesaltes Ambré (literally ‘ambered Muscat from the steep banks’) made near the Spanish border. An offering from Domaine Cazes, one of the finest producers, can be bought from Amazon, or from Enotria & Coe’s web shop, greatwine.co.uk. The current release is over 16 years old and you get change from £20. See what I mean? Bloody bargain. The wines from Banyuls and Maury are similar to these silky stickies but red, if you fancy something to go with your Christmas Toblerone, and they are more widely available than you might think.


This article was first published in Class magazine's Winter 2020 edition.