Could insects be the next new flavour frontier?
by Charles Spence / 05 August, 2021 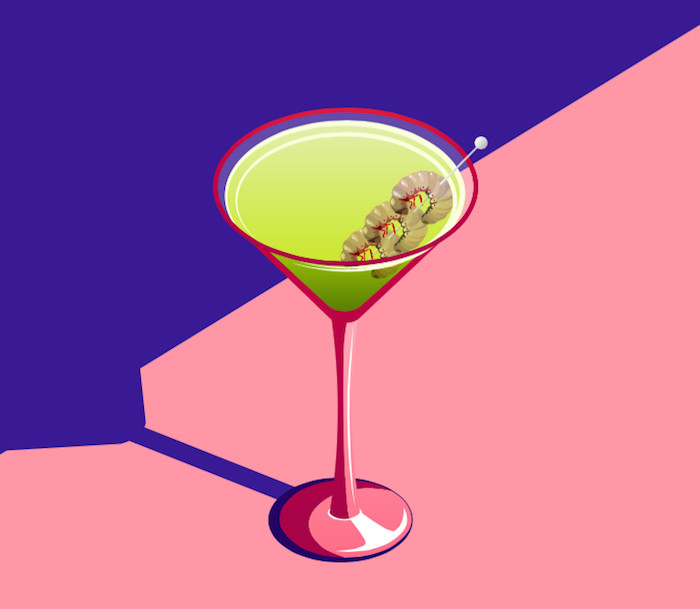 Professor Charles Spence thinks cocktail entomophagy could be a thing, if it means harnessing new flavours.

In 2013, the United Nations Food & Agriculture Organisation came out with a much cited report suggesting that we all need to eat more insect matter if we are to meet global food sustainability targets.

But does that mean that we should be drinking more insect matter too?

According to the UN, insects represent an excellent source of protein, while having a much smaller environmental footprint than other forms of animal protein. However, such arguments don’t seem all that relevant when it comes to thinking about cocktails (why not just use insects in animal feed or pet food instead?). At the same time, however, my latest research, published together with colleagues in Japan, suggests that drinking with friends at a bar is one of the situations in which people report being most likely to try insects.

What is more, insect matter has been in many of our drinks for decades – where else did you think that the red colour of Campari used to come from? Cochineal, a red colouring derived from beetles, was traditionally used to colour everything from Campari to Smarties. And, at least according to a report appearing in The New York Times in 2018, while Campari may have stopped using it in 2006, a number of smaller North American producers are now using carmine to help give a bright-red colour to their drinks brands, including Bruto Americano, Leopold’s Aperitivo and Cinque.

At the same time, however, it is worth remembering that many natural products, such as ground coffee, peanut butter and jam, are all allowed to include some number of insect parts without having to declare it on the label. Beyond the often unrecognised involvement of insect matter in our drinks, you may well hazily remember the worm, or gusano, that one used to see at the bottom of the bottle of mezcal. Known as the mezcal worm, this insect larva is found loitering at the bottom of some types of mezcal that are produced in Oaxaca. Scorpions have also occasionally found their way into the marketing of other bottled spirits. However, the incorporation of whole insects often seemed to be little more than a crude marketing ploy, rather than a flavour enhancer.

That said, the idea of introducing consumers to entomophagy by means of the cuisines that have traditionally incorporated insects – typically, it has to be said, as a garnish, rather than a principal component of the food – is partly what inspired chef Jozef Youssef of Kitchen Theory to incorporate an entomophagy option into his successful Mexico- themed dining experience a few years ago. In recent years, a number of international chefs have gained notoriety for serving insects, including René Redzepi from Noma, for serving a live ant as one of the courses when it popped up in London during the Olympics. The Nordic Food Lab also incorporated an ant-based cocktail into its service as part of Pestival at the Wellcome Collection in London in 2013.

Given that certain varieties of ants deliver a pleasantly citrussy punch, they can work well as a component of the flavour of colas, such as an Anti-cola drink, developed a few years ago (though production ultimately faltered in the absence of EU approval of the ants as a food-safe ingredient). There is also Anty Gin, a collaboration between Nordic Food Labs and Cambridge distillery. However, coming in at a cool £220 for a 70cl bottle plus 5cl bottle of ant distillate, one would have to be pretty committed to entomophagy to splash out on such a purchase as a base for one’s cocktails, even if the product was recognised at the 2015 World Beverage Innovation Awards.

The notion of ‘gateway insects’ may also be relevant here. The suggestion being that starting the neophobe off on maggots or cockroaches is unlikely to convert anyone to entomophagy. However, bridging the gap between current and future foods with bee-related products, such as honey, propolis or royal jelly, might be a much more acceptable ‘way in’. And consider here only how the traditional mead drink is, after all, made from a base of honey.

Looking to the future, it would seem likely that pairing drinks with insects will emerge, based on the unique sensory profile that insects can offer.

Along just such lines, during Covid, Wychwood Brewery sent out a box of Hobgoblin beers with paired insect-based snacks for Halloween 2020. Meanwhile, a Tokyo-based start-up known as Join Earth also launched a cricket-based craft brew early in 2020, made in collaboration with Tono Brewing. Beyond the citrussy note of ants, the long-lasting nutty note that is often provided by baby bee brood is also a flavour attribute that will likely be desirable. The carapacious crunch provided by some fried insects is also one of their more appealing properties, but likely only to survive as a garnish or snack paired with a drink.

Nowadays, while many chefs like the idea of incorporating insects into their cuisine, they often fear that if they do so, they will be seen as trying to imitate the likes of top Brazilian chef Alex Atala, or the earlier-mentioned René Redzepi. However, my sense is that no one has yet ‘cornered the market’ in terms of integrating entomophagy into their cocktail offerings. And I would argue that there is likely no time like the present to make your mark, as the next frontier for the alcohol industry may be tapping into the flavours that can be infused from insects. Ultimately, entomophagy will only make a lasting impression on the world of cocktails if their distinctive flavours can be effectively showcased, or paired in new drink creations. And, of course, only if they come in at a price that doesn’t make the average customer choke.